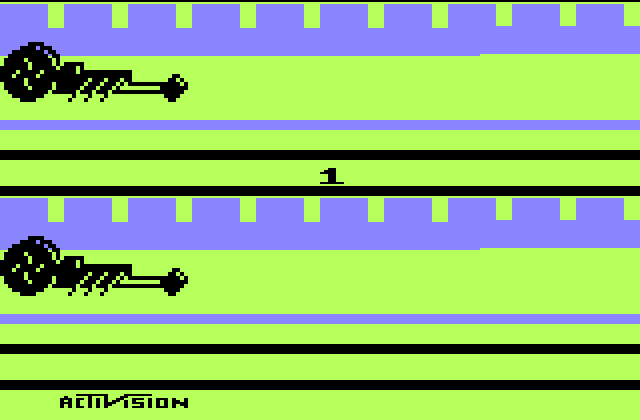 Begin with the clutch engaged. When the timer reaches 1, press on the button and release the clutch as the timer reaches zero. Shift immediately to second gear without letting off of the button. Shift to third gear pretty quickly, never releasing the button and then into fourth gear never releasing the button. Keep holding down the button and give about 4 quick crisp taps of the joystick to the left to pop a small short wheelie with each tap. Leave about a half second between each tap to give the Dragster time to settle down between wheelies, otherwise it is technically spinning wheels out of control. This will raise your tachometer to maximum. Be ready to release the button and engage the clutch just before the engine is blown near the end.

When you are ready to submit a world record score for Dragster by Activision, just check out the scoreboard here: https://www.twingalaxies.com/game/dragster/atari-2600-vcs