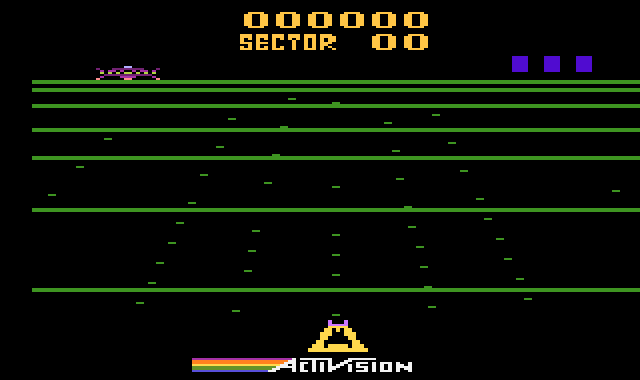 Once per level a yellow ship will descend. Do not shoot this one. Try to touch it and it will give you an extra life. Also, at the end of each wave, you have three torpedoes that are fired at the mother ship by pressing up on the joystick. This gives you the most points in a wave of Beamrider for destroying the mother ship. The torpedoes can be used during the round to destroy object that cannot be destroyed by your regular blaster like rocks, but try to save them for the mother ship to maximize points. Several new types of enemies will appear in different levels as you advance that make the game more and more challenging. Good luck!

When you are ready to submit a world record score for Beamrider by Activision, just check out the scoreboard here: https://www.twingalaxies.com/game/beamrider/atari-2600-vcs